Pulmonary tuberculosis is a direct infectious disease caused by TB (Mycobacterium Tuberculosis) bacteria. The level of compliance with the use of pulmonary TB drugs is very important and requires a long time that is 6-8 months, because if treatment is not carried out regularly or is not compliant and does not correspond to the specified time then there will be resistance (resistance) of tuberculosis germs against drugs Widespread Anti Tuberculosis (OAT) or Multi Drugs Resistance (MDR). The purpose of this study was to determine the relationship between motivation, attitudes, the role of supervisors taking medication (PMO) in TB sufferers. The design of the study used an Analytical Observational design using the Cross-Sectional approach. The population in this study were all TB sufferers in Bulukumba District with a sampling technique using cluster sampling. The number of samples in this study were 60 respondents. Data were obtained through questionnaire sheets made by researchers to respondents. Data analysis used Fisher's alternative Chi-square Test, with significance level α = 0.05. The results of the data analysis show that the motivation variable p = 0.023, the attitude variable p = 0.012, and the role of the supervisor for taking medication (PMO) p = 0.017. So it can be concluded that there is a relationship between motivation, attitude, the role of supervisors taking medication (PMO) with adherence to taking medication in TB patients in Bulukumba Regency. 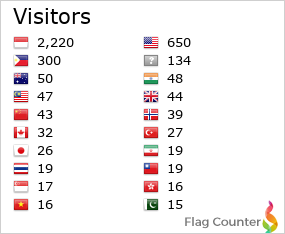 is licensed under a Creative Commons Attribution 4.0 International License.